The Top Concerns of My Clients 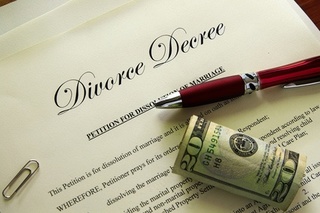 When working towards a divorce, my clients are primarily concerned about how it will affect them financially. What will it cost in taxes? Can they continue their current lifestyle? What will their financial future look like?

Clients may have certain concepts of divorce and not realize how it’s going to impact them financially or how to make the best financial decisions. A good example is, I…

How Do We Figure Child Support? May 10, 2012 By Divorce Financial Solutions, Len Nassi CFP®, CDFA™ The Florida Department of Revenue provides child support services that include establishing legal pa…

How Do We Figure Child Support?

We all know that the recession is deep and painful for millions of people. It happens that divorce is a discretionary expense like home improvements, that many people will simply defer or delay because of the current circumstances. There is not only the expense of the divorce itself, but then there is the resulting two households to support.

How To Get A Divorce The Peaceful Way - Even If Your Ex Is Not On Board!

In my 30 years as a divorce attorney, and especially the last 16 years that I have been a divorce mediator, and now as a counselor, a phrase I have heard very often when I get up on my soapbox about Peaceful Divorce is, “but you don’t know my ex!” or “it’s not possible to have a peaceful divorce in my situation”. Not so. You CAN learn how to get a divorce the peaceful way, whether your spouse or ex is on board right now or not.
Now that may not be what you want to hear because what it…

We’ve got a seminar coming up June 23 and July 28.  Divorce Innovations will be presenting a seminar about the nuts and bolts of divorce, with attorneys talking about the law in Georgia.  Marsha Schechtman and Dr. Paul Fair will be talking about parenting plans, communication, and listening skills for people who

are going through a divorce.  I’ll be speaking about financial…

We know that the divorce rate among all couples is about 50%, but there is no question that divorce rates are even higher among parents of children with special needs.

Below is an article written by Dr. Howard Drutman and Marsha Schechtman, LCSW. In this article they talk about the considerations that must be understood about the special needs child. In addition to their information we also have…

Separated, divorced and never-married parents often face the daunting task of creating a parenting plan for their children. Where do they start? Here is some straightforward, expert advice from the Florida AFCC Parenting Plans Taskforce to help the entire family through this very important process.

1. There Is No “One Size Fits All” Parenting Plan -- Parenting plans should be constructed to meet the unique needs of each family and each family member.

When you decide to divorce, it’s important to note that you aren’t automatically setting yourself up for a long, drawn out process. Divorcing families can employ alternative dispute resolution techniques to limit

the damage that divorce may cause. By choosing alternative dispute resolutions, couples can minimize the impact that divorce has on their children and their…

Despite the Divorce, Take Charge of Yourself

Take a look at the diagram below: The image above depicts something you see frequently in divorce—individuals whose personal selves are crowded out by that which surrounds them. I am quite certain that anyone going through a divorce can relate to not having enough time for herself. It also makes sense, there are so many competing demands and very often, just one parent instead of two. But this type of life just cannot hold up – you have to take charge of your…

Raoul Felder, often referred to as the Duke of Divorce, is known for his involvement with high profile celebrity divorces. After working for years with clients such as Elizabeth Taylor, Mayor Rudolph Giuliani, Robin Givens divorcing Mike Tyson and David Gest divorcing Lisa Minelli, he has finally written a book with the unexpected title, The Good Divorce. Felder admits he is tired of the drama, complexity and oversized egos he deals with in…

People enmeshed in divorce naturally feel an impulse to hire the most aggressive divorce attorney they can find - fear drives that impulse. Some lawyers market their family law practices to target such client vulnerability. They advertise themselves as being "aggressive advocates" or "aggressive divorce lawyers". If you look at their websites they often also describe themselves as offering "compassionate representation" or "charitable divorce help." Which is it? Having it both ways is… 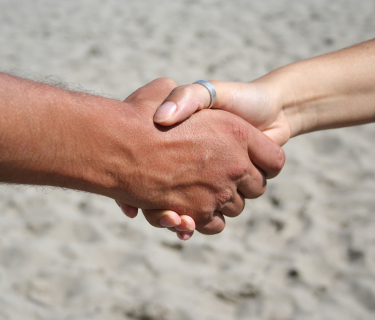 The Internet opens worlds for us all, but for unhappily married folks, it opens up some dangers as well. People get divorced for many reasons, and this is an ancient truth. Anger, alcohol, hurt, coldness, money problems and infidelity are some of the most common. The Internet does not cause these problems by can accelerate some of them.

For instance, there are countless people in cyberspace who could be your lover. In the old days, meeting a person and having an affair was not that… Continue

Is Online Divorce Filing A Sign of Economic Recovery?

Thank you to Peaceful Divorce member Lisa Decker for sharing the following timely information:
DivorceToday.com, a national provider of online divorce forms, reports that in 2010, increasing numbers of Americans turned to the Internet to file a divorce. This may be good news for the economy. According to economic experts, during times of acute economic distress, many people are deterred by financial insecurity from filing for divorce, which they delay until they feel more…
Continue

A Peaceful Divorce Begins With You!

Thanks to member Krista Barth, Esq. who has provided this valuable message about how to create and maintain a peaceful divorce when you are a parent.

As a divorce attorney who has been through it myself, a peaceful divorce starts when people do the following:


1. Accept the part you each played in the failure of the marriage (even if the only fault was "picking the wrong partner for your needs.")

If you truly want to move on from your divorce you must learn to let go of negative emotions that hold you hostage. These include anger, resentment, blame, jealousy, hatred and anxiety.…

Here is another great article from member Rosalind Sedacca, CCT

Parenting after divorce can be complex, frustrating and confusing. However, every day parents around the world are coping with the challenges and raising happy, well-adjusted children. There are many factors that influence your effectiveness as a parent. In this two-part article we'll review some of the major components of the post-divorce parenting success formula.

Divorcing & Divorced Parents - Keep the Kids out of your Conflict!

Here is another great article from member Rosalind Sedacca, CCT:
When children get caught up in their parent's divorce conflicts, serious problems can develop that must be avoided at all costs. Regardless of your feelings about your ex or soon-to-be-former spouse, it is essential to keep that from your children.
Here are some excellent tips and advice offered by James Roberts, RSW, a licensed social worker in Missouri and Kansas and family therapist in Kansas. Mr. Roberts… Continue

If the Buddha Divorced

Helping clients take the peaceful path while divorcing is a two-pronged approach. There’s the behavioral piece (not hiring a killer attorney, not making your ex an enemy, not badmouthing your ex) and there’s the emotional piece. In my experience, clients need to commit emotionally to doing the inner work to avoid becoming a bitter victim. I have turned to some of the wisdom and compassion of Buddhism as a template for guiding clients to find that inner well-spring of peace, even while going… Continue

Divorce Lawyers and the Reptilian Brain

No one goes into marriage thinking they will divorce one day, but if half of all marriages end in divorce, as the statistics tell us, the chance of a couple staying together are about 50/50, which may be a good bet or bad bet - depending on whether or not you like to gamble.

There is only one sure bet about divorce, and that is this: hiring a divorce lawyer will only make things more expensive and nasty. I have seen some rackets in my day, but none surpass the self-serving nut house… Continue

4 Divorce Don’ts When Telling the Kids!

Here is a great article by our dear member Rosalind Sedacca, CCT. It's a must read!
* * *
Preparing to break the news to your kids that you’re divorcing their other parent? Feeling insecure about how to broach the subject? Wondering how much to share? How your children will react? How to handle their questions? How to deal with your special circumstances? What the experts suggest?

Talking about divorce to your children is tough. You… Continue