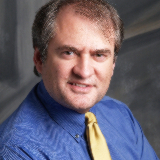 Bob Norton has not received any gifts yet

About Me:
Committed activist for reform, or complete destruction, of the evil and corrupt divorce industry. It is literally destroying the U.S. by destroying it's children (statistical fact).

Doing many things to reform the divorce business and industry

As a result of the great damage cause to my children and me by the incompetence of the divorce industry, a judge (Roland King of Worcester Mass.) who broke the law 36 times and an attorney (William Mayer of Framiningham, Mass.) who may be the most evil person I have ever been forced to know I have decided to dedicate my philanthropic efforts 100% to divorce reform. The entire industry has essentially evolved into a SCAM that bleeds the estates of couples while destroying parents and children both fiancially and emotionally. Anyoen who studies this for 4 years as I have with a background in management will see it is enormously incompetent and stays that way because it is more profitable that way for attorneys and state governement.

My efforts so far include:
1) I run a radio program each Sunday evening at 8pm - See www.GetYour JusticeLive.com
2) I have a web site with over 1,200 pages of free information on divorce
3) I have produced and distribute a video and evidence kit with Dr. Warren Farrell based on his 13 years of collecting all the best research on children of divorce and completing the largest metastudy of this research, 4) I have designed a business model, called "Gentle Divorce" that can replace the current industry at less than 20% of the cost and not destroy people in the process. This can become the "Re/Max" or "Century 21" of divorce services by offering a superior service and outcome at a small fraction of the price lawyers charge for creating enormous damage. 5) I coach people on how to get divorced without using the broken and corrupt legal system.

Looking for people to interview on radio program

Our Internet radio program, Get Your Justice Live, is dedicated to reform of the broken divorce and domestic violence industry. This system is such a mess you can actually show it is destroying the U.S. single handedly by destroying our children. The bulk of crime, drug usage, gang violence, school drop outs, rape, mental health and more are all directly traceable to fatherlessness and sole custody orders. This makes divorce judges the most prolific child abusers on the planet. This is old news… Continue

Bob Norton said…
Thanks for the welcome. That is a broad question and one I could write a long document on (and already have). I have been studying the divorce industry since I was sucked into it in 2004. As an entrepreneur and business person have designed a business model that I believe can be franchised to almost completely replace the current "legal" system which I beleive is effectively a criminal conspiracy to be incompetent intentionally for profit. That along with gov't Title 4d funds have created about $100 billion per year or more in incentives to destroy families.\What I intend to do is create a franchise that will become the "Re/Max" or Century 21 of divorce "mediation" with several twists that make it work much better than standard mediation that is trained in some improper practices. My claim to fame is I have built two businesses to over $100 million in sales and so know how to bring the resources, strategy, marketing and other critical elements. We must take ALL the profit out of destroying family bonds. This industry is literally destroying the U.S. one child at a time. It is a crime against society and children and many in it belong in jail, not on the bench or in the bar. Change is coming, though slower than it should. My focus is 1) creating equal parenting (time) legislation in all 50 states (fed and state levels as needed), 2) Destroy the undeserved credibility of the divorce system and its judges, 3) Return constitutional rights to families and children that are being totally (an illegally) ignored by state courts (for profit), 4) Stop abuse of domestic violence laws (which are generally unconstitutional also), maybe even return jury trials to divorce and DV issues when necessary to have the checks and balances against judges that our forefather intended and made law.
When that's done I guess I can retire.

Welcome to Peaceful Divorce! We are honored to have you here and are very much looking forward to you joining this important conversation.

We would love for you to answer the Forum question, "Which Piece Of The Peaceful Divorce Puzzle Do You Have?"

I am looking forward to checking out your site, and connecting!

Let me know if I may help in any way!